Linnuk – the mighty ship that took Kalevipoeg, hero of the Estonian national epic, to the end of the world, gives its name to a duo roaming, sailing, and drifting on the fairy-tale-like landscapes of Estonian traditional songs.

A polyglot and traveller with South Estonian roots, fascinated by adventures to other cultures. A creative spirit ready to experiment endlessly.

Researcher and engineer enchanted by the Estonian runic song tradition, as well as our tech guy turning all the right buttons. With his feet firmly on the ground, yet often turning to the paths of olden times and songs. 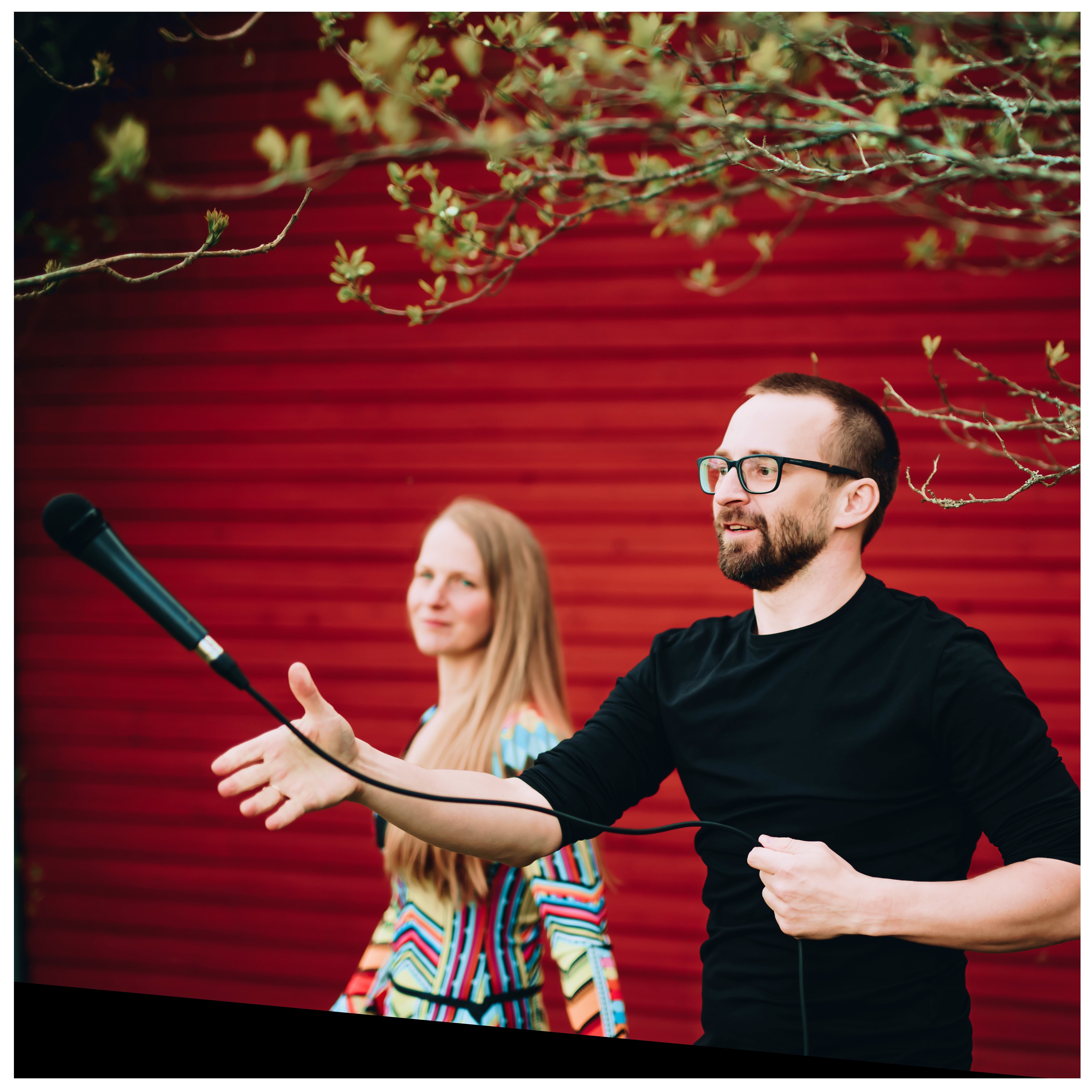 The album contains seven arrangements based on Estonian traditional songs, enriched with modern electronic sounds. We have also researched the origins of each song and added abundant visual archive materials to the descriptions, thereby aiming also to shed light on the history of Estonian folklore research. Read more about the songs here.

The album Marju täüs was released digitally and is available on all major streaming platforms.

A song by the wedding singer in praise of the bride or the groom. Read more about the collection of traditional songs and the composer Juhan Aavik.

A new take on a shepherd’s song transcribed in 1932. Read more about the legendary folklore researcher Herbert Tampere and the original singer.

A swing and shepherd’s song with a modern twist. Read more about the transcription of the songs as well as the composer Cyrillus Kreek who was well ahead of his time.

A swing and nature song with a modern arrangement. Read more about the spirited singer Mari Kilu and the museum activist August Pulst.

A new take on a traditional song from Mõniste about an anxious heart. Read more about its original performer Pauliine Pehlak and the composer Eduard Oja.

Transcribed in 1904, this song used to accompany kitchen alchemy. Read more about the song’s background and Mart Saar, the composer laying the foundations for Estonian choral music.

A lullaby originating from the island of Kihnu. Read more about the Kihnu singer Suare Anni and the distinguished folklore researcher Ottilie-Olga Kõiva