The story behind "Kee kee“

The song was written down by the then 21-year-old Mart Saar (1892-1963), who later became a well-known composer and the founder of a national style based on Estonian folk songs. Saar studied organ at the St. Petersburg Conservatory under Nikolai Rimsky-Korsakov, and the latter encouraged Saar to use folk music in his work.

At the same time, Oskar Kallas, who later founded the Estonian National Museum, organized a systematic collection of folk songs in Estonia with the help of the Estonian Students' Association (EÜS). In order to carry out this process, scholarships were awarded to music schools´ students, including those of the St. Petersburg Conservatory, to write down the songs´ texts as well as the melodies. In earlier folklore collections, runic song texts had been included mostly without the melodies, since this had not been addressed in the calls for collection of songs. Also, the people writing up the songs did not have the necessary skills. 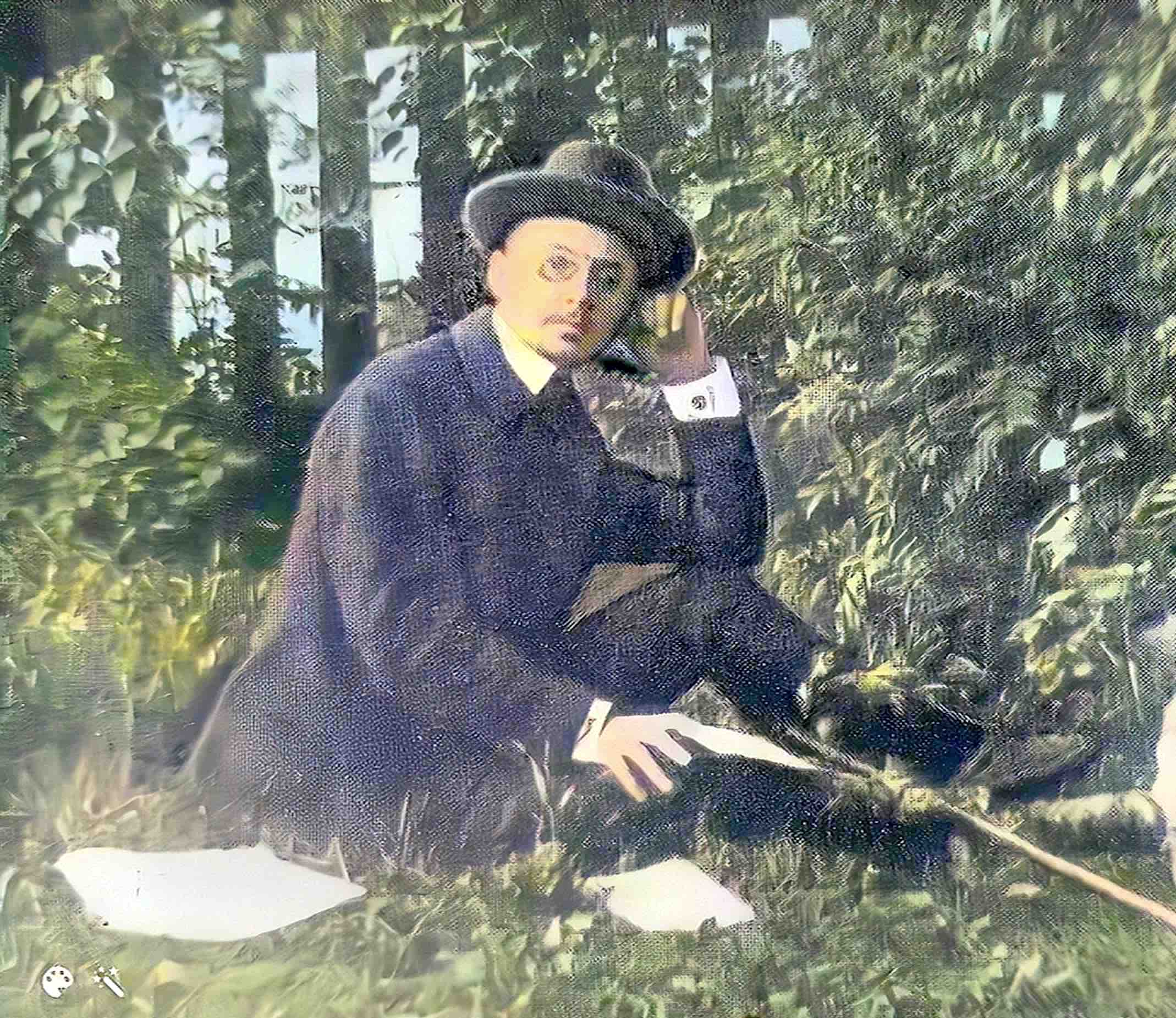 Mart Saar at around 1902. The photo has been enhanced and coloured with myheritage.com. 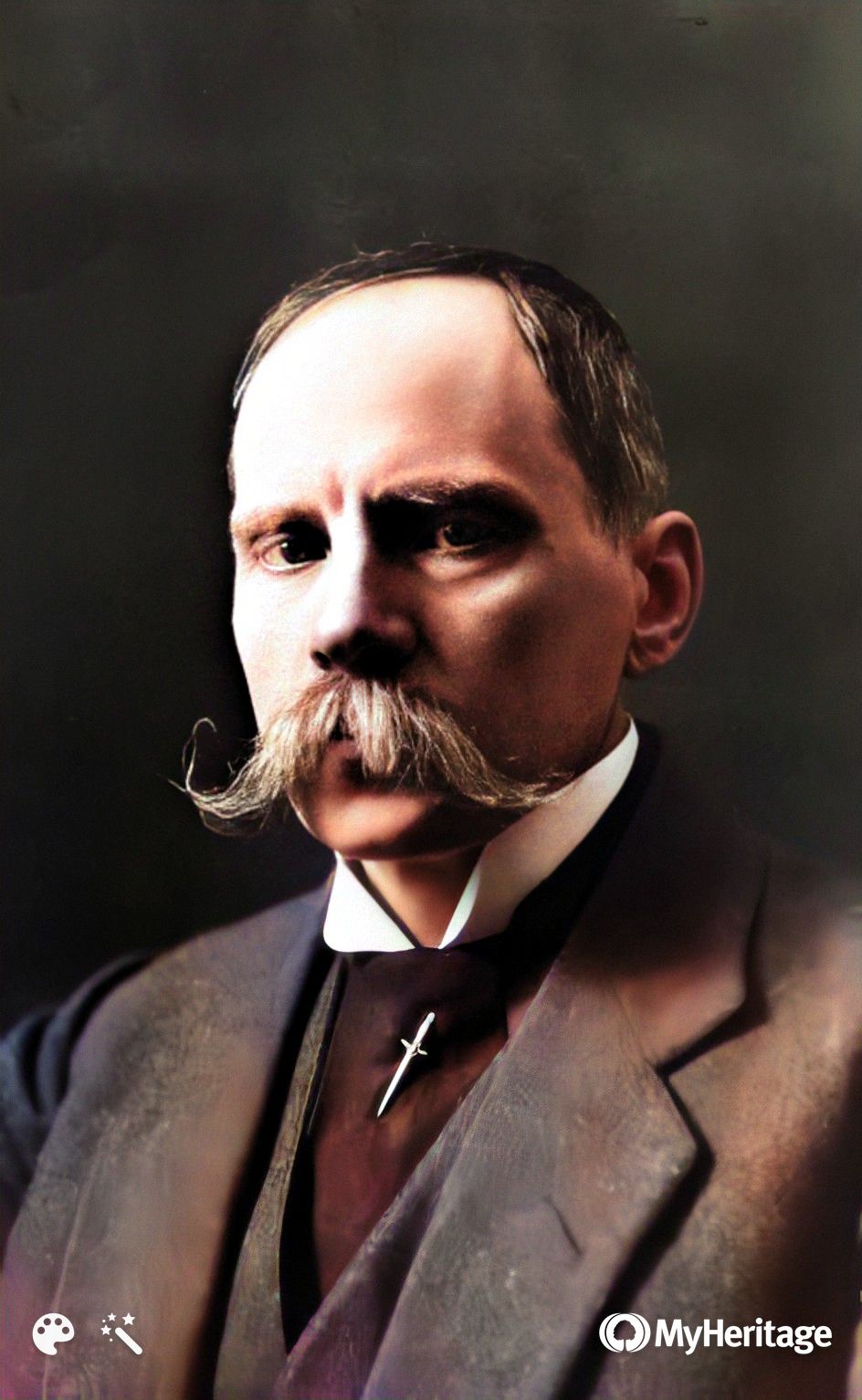 So it came to be that in the summer of 1904, Mart Saar joined a trip to Vändra to collect folk songs, where, among others, "Kee, pada" was collected (called "Kee kee" in Linnuk´s version). The song was sung to Saar by Jaan Bach from Vändra parish, Käru county, Allipa Village (formerly probably Allikapalu, written as "Hallipapaju village" by Saar, and later "Hallipaju village" in the print version) from Kingsepa Farm. The recording was made on July 6, 1904. Saar collected as many as 26 songs from Bach in a hay barn that day. 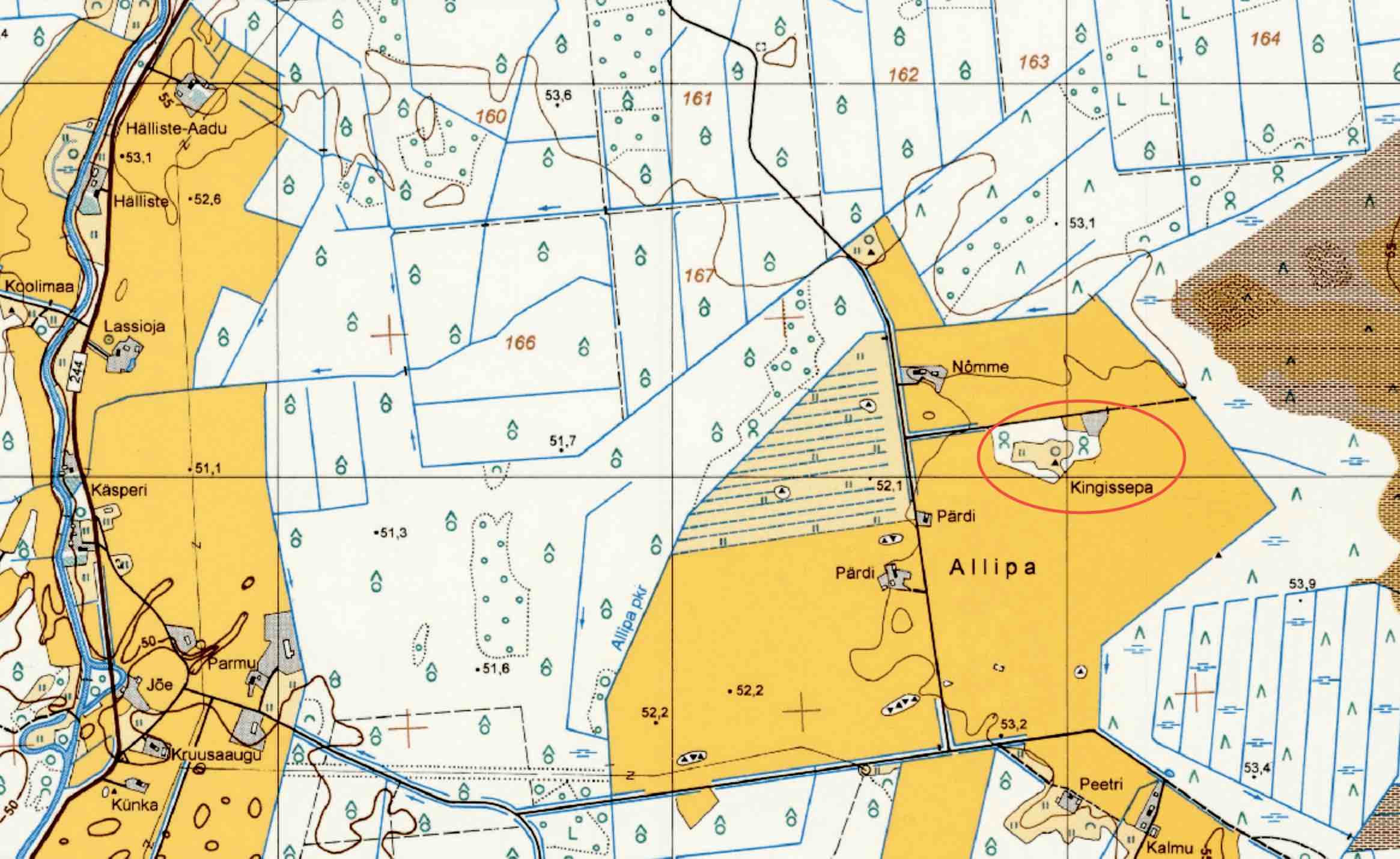 Kingsepa / Kingissepa farm has long been empty and has today fallen into disrepair, but its location can still be discerned and the name of the farm was still marked on the Estonian Basic Map of 1994. See the location on your current Google map here. There were many sheds and barns in the area at that time, so it is impossible to identify the exact location of the barn where the song was written up. It is possible that it was located where сарай ("barn" in Russian) is marked on a later map.

Sending of the collected materials to Oskar Kallas was delayed, therefore Saar had to apologize several times. Almost three years after the songs were collected, Saar writes in March 1907:
"Honourable Mr. Kallas! I am sorry for the long delay in sending the folk songs to you. I very much regret my guilt and I will try to use all my strength to have them sent to you in the coming days. I have already started rewriting them." A month later, Saar forwards his collected materials to the EÜS collection.

The EÜS Folklore Collection is currently located in the Estonian Folklore Archives of the Estonian Literary Museum in Tartu and is available to everyone in digital form. The collection is divided into different series and "Kee pada" is included in the first series. The song was later printed in the collection “Estonian Folk Songs with Melodies I" (Tampere, 1956) on page 217 (No. 10) and published in its 2012 online version. 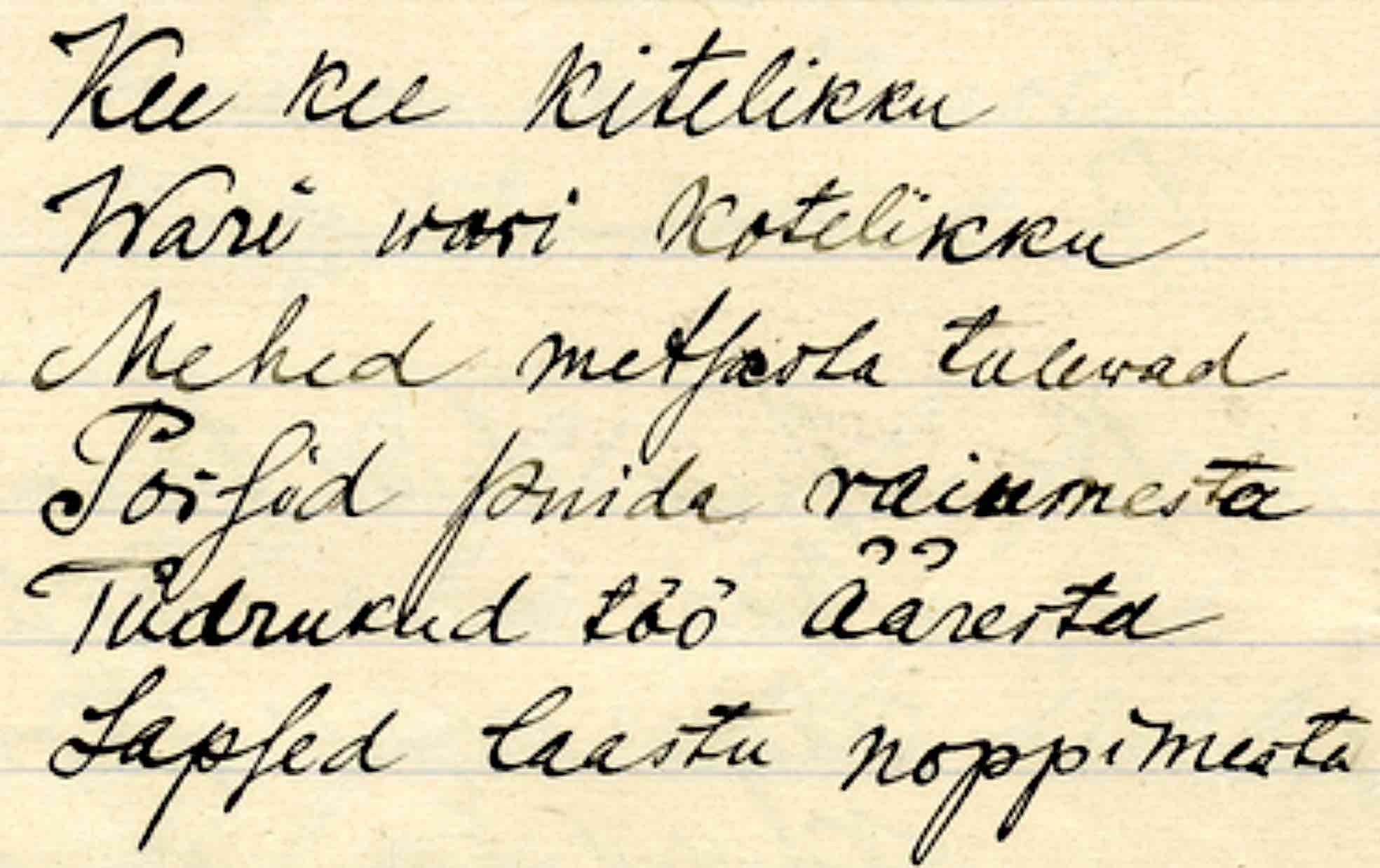 The text of "Kee kee" written up by Mart Saar in the hay barn of Kingsepa farm. Estonian Folklore Archives of the Estonian Literary Museum, reference EÜS I 1029 (15)

The melody of "Kee kee" collected by Mart Saar in the hay barn of Kingsepa farm. Estonian Folklore Archives of the Estonian Literary Museum, reference EÜS I 1013 (21)

Saar was an extraordinary and undoubtedly unique personality - at the first meeting mostly humble and concise, but when becoming acquainted with him, a bright, lively, witty, genuinely benevolent great artist, a maestro, who was completely captivated by music and who, in turn, always profoundly inspired those around him with his performances and fervour. He spent a lot of time in nature, especially walking alone in the swampy forests near his home on the edge of Soomaa, observing nature and reading poetry. "He loves to sit and spend hours in one place exploring the essence of a shrub, a tree or a flower. His exceptionally unique and subtle inner world of emotions separates thousands of details here, which are usually completely overlooked by a bystander, a pragmatic official," wrote Johannes Jürisson in 1957. Saar found there to be a lot of mystical, fairy-tale like and magical qualities in runic songs and folktunes, which inspired him, and which he also instilled in his compositions. 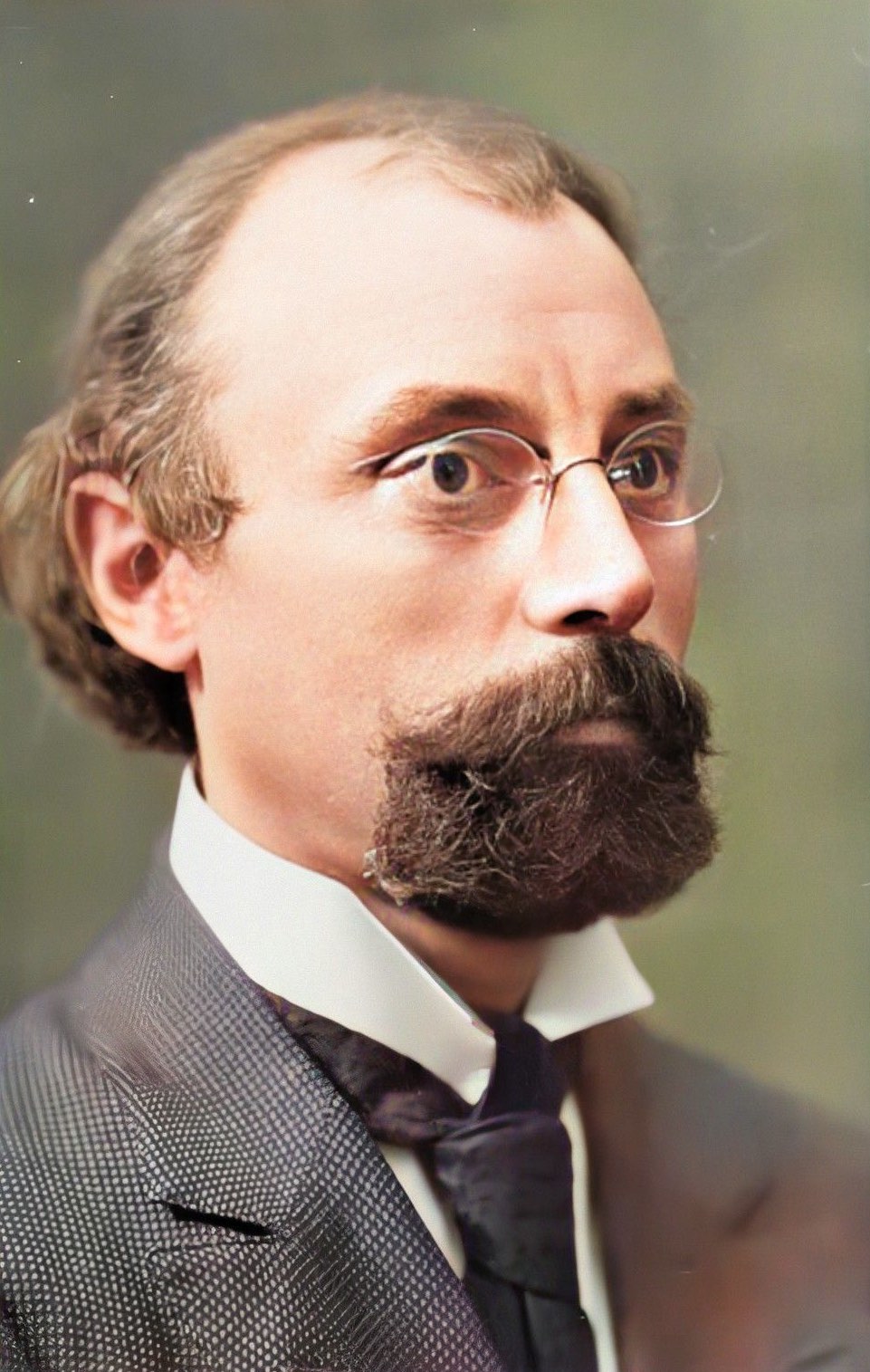 Mart Saar in 1918 (reference: ERA.R-39.1.40.231). Image enhanced and coloured with myheritage.com.
Mart Saar was born, grew up and after a few stints in St. Petersburg, Tartu and Tallinn, returned to live in a secluded place on the edge of Soomaa in Hüpassaare, where the Mart Saar house museum is located today.

The older strata of Estonian folksongs were the great love of Mart Saar, which, by the beginning of the 20th century had begun to irretrievably disappear into the course of history due to the influence of more modern music. He writes in 1908 how he wholeheartedly wants them not to disappear, but to be written down, collected, revived and made to sound again (Saar´s article in 1908). Folk songs are the main starting point of Saar's rich composition output - he used them to a remarkable extent, more than anyone else, and he is considered the founder of the Estonian national trend in music. With his compositions, Saar laid the foundation for the principle that is widely used in Estonian folk music to this day - that the folk tune itself remains intact, but rich musical development takes place around this basic melody. Composer Riho Päts wrote in 1932: "Over time, Mart Saar has organically merged with our land, people and nature. Estonian national sound art and Saar are inseparable, and it will probably take some time before our other composers will be able to express themselves in this style."

Saar´s creative output is mostly connected to folk music and is undoubtedly very unique. Most of his compositions are choral songs (nearly 400), but also songs for solo voice and piano pieces. He can be considered the founding father of Estonian professional choral music, since his choral works were initially considered too innovative and complex, requiring a much higher technical level than before. However, gradually, or maybe thanks to Saar's numerous compositions, the artistic level of choirs began to grow and by now Saar is an indisputable favorite in choir repertoires. Perhaps the best-known choral songs are “Mis need ohjad meida hoidvad" (“What are These Reins Holding Us", also known as "Leelo") and "Põhjavaim" ("The Northern Spirit", 1914). When both songs were performed at the 1938 Song Festival, the critics rated it as the moment of the maximum creative artistry achieved at the Festival.

"Mis need ohjad meida hoidvad" ("What are These Reins Holding Us") at the anniversary concert of the Republic of Estonia in 2019.
"Põhjavaim" ("The Northern Spirit") performed by the University of Tartu Chamber Choir.

About the song and its versions

"Kee kee" is a soup-cooking song. It was sung to enterntain the children while boiling soup.

Several similar soup-cooking songs have been collected. The way they were sung has been well described by Liidia Kampus in 1961: "Mother sang it, took the younger child, the one being younger than me, into her lap. And then, a small lamp burned on the edge of the stove and – who would have lit a large lamp to burn in the kitchen in the old days - and then she sang so that the child would not be bored, and nor would I. And then she sang that soup-cooking song." (Listen to Liidia here)

The legendary Estonian ensemble from the ´70-s, Collage, has made their version of the song collected by Mart Saar in 1904. "Kee, pada!" is the opening track of their 1971 debut album. You can listen to the version of Collage on Youtube:

The band TRAD.ATTACK has used a similar motif of "Kee kee pajakene, kee kee kiteliku"! in their “Pass-pass" (2019). Listen to this track here:

"Kee, pada!" (Boil, ye cauldron!) reached us probably first through the Collage version from their 1971 vinyl record and later from the Tampere collection. The general arrangement and form our version of the song were completed in the beginning of 2020, with the final arrangements completed in the autumn of the same year. In our version, the song is called "Kee kee".

Read about previous song | Linnuk home | Read about next song